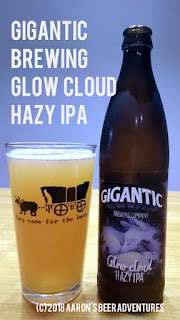 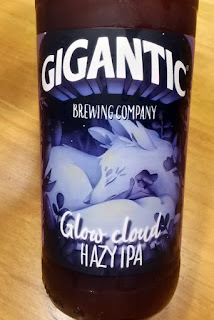 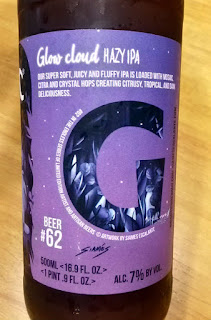 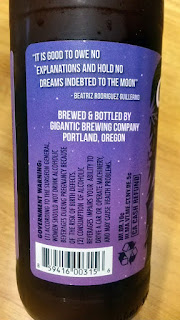 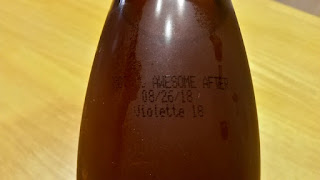 What's on the Bottle: "Our super soft, juicy and fluffy IPA is loaded with Mosaic, Citra and Crystal hops creating citrusy, tropical and dank deliciousness."

Taste (40%): Creamy malt and dank to start, tropical stone fruit then swoops in. Aftertaste brings another wave of tropical, mixed with creamy dank/resin. Basically the same profile to me as Mystery Cloud, but more drinkable and less intense on the malt. 4.25/5

Overall (20%): An awesome to excellent IPA. Generally similar to Mystery Cloud released a month prior. but I think Glow Cloud is better. There is less malt here, allowing more of the tropical to shine. Glow Cloud also paired well with my spicy Mexican food. 4.25/5