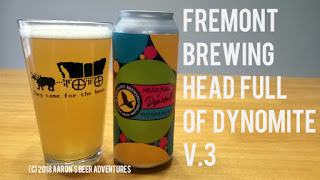 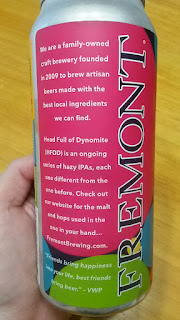 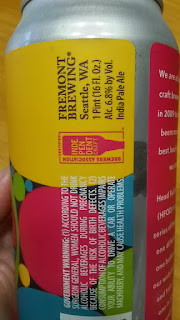 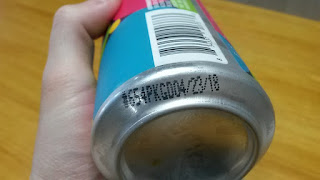 What's on the Can/Website: "Head Full of Dynomite (HFOD) is an ongoing series of hazy IPAs, each one different from the one before. “Friends bring happiness into your life, best friends bring beer.” – VWP" Read more here!


REVIEW:
Appearance (5%): Poured hazy golden-light orange into a pint glass. Unfiltered. White head. Some lacing at the top of the glass. 4.5/5

Taste (40%): Much better on taste than aroma. Tropical and piney stand out with oaty notes. Aftertaste features soft citrus and stone fruit. 4.25/5

Overall (20%): A decent IPA. I missed version 2 of this, but managed to get my hands on version 3. For me, I prefer the first version so far. The bubblegum part on the nose threw me for a loop. Good job on the tropical nonetheless. 3.75/5