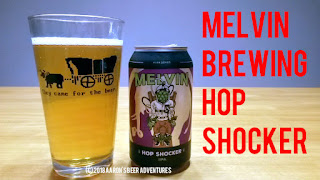 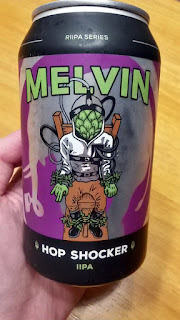 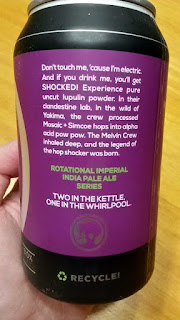 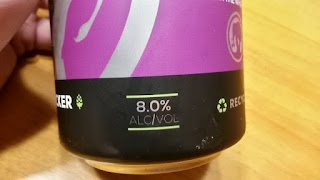 What's on the Can/Website: "Don’t touch me, ’cause I’m electric. And if you drink me, you’ll get SHOCKED! Experience pure uncut lupulin powder. In their clandestine lab, in the wild of Yakima, the crew processed Mosaic + Simcoe hops into alpha acid pow pow. The Melvin posse inhaled deep, and the legend of the Hop Shocker was born." Read more here!

Where distributed: For 2018, Melvin Brewing releases Chuck Morris and other RIIPA beers on a rotating calendar with other states. Oregon gets this beer in March/April, while Washington gets it in September/October. Check out the RIIPA list!

Smell (25%): Predominantly tropical grapefruit, tangerine, and orange with complementing malt and slight dank. The ratios are practically spot on. 4.75/5

Overall (20%): A world-class IPA. Whenever I see another beer in the RIIPA series, I have to grab it. Hop Shocker may have vaulted at least near the top of the list. It drinks easier than Citradamus while retaining all the flavor. For me, is on par (or really close) with the Melvin IPA that I covet so much. 4.75/5