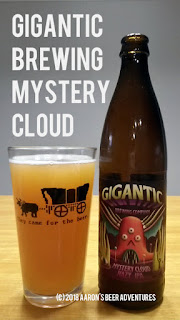 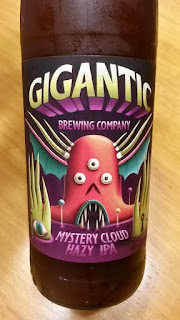 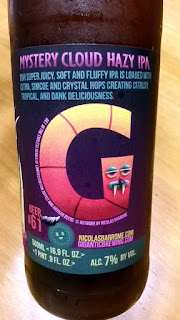 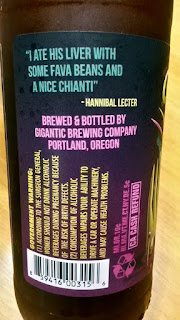 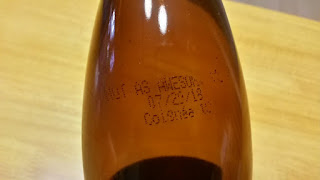 What's on the Bottle: "Our super juicy, soft and fluffy IPA is loaded with Citra, Simcoe and Crystal hops creating citrusy, tropical and dank deliciousness."

Taste (40%): Creamy malt and dank to start, tropical stone fruit then swoops in. Aftertaste brings another wave of tropical, mixed with creamy dank/resin. 4/5

Mouthfeel (10%): Medium-full bodied, some carbonation. Silky, creamy, and juicy, with some dryness afterwards. 4/5

Overall (20%): A solid to awesome IPA. I liked Mystery Cloud's tropical stone fruit flavors here. The malt aspect may have overpowered the tropical a bit much for me, but it's all personal preference. Again, kudos on the label artwork. 4/5