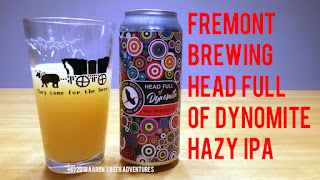 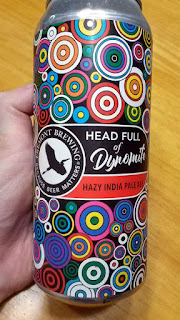 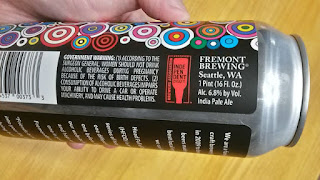 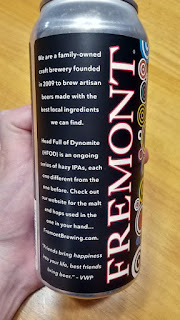 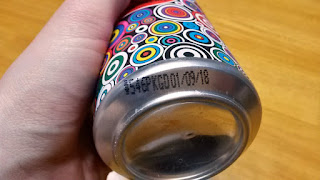 What's on the Can/Website: "Head Full of Dynomite (HFOD) is an ongoing series of hazy IPAs, each one different from the one before. “Friends bring happiness into your life, best friends bring beer.” – VWP" Read more here!


REVIEW:
Appearance (5%): Poured hazy golden-light orange into a pint glass. White head. Some lacing at the top of the glass. 4.5/5

Mouthfeel (10%): Medium-bodied, some carbonation. Juicy with only trace dry tongue. 4.5/5

Overall (20%): An excellent IPA. Belmont Station's initial shipment of this beer sold out in half a day, so I resorted to Craft Shack's shipment to finally try this. I instantly saw why it sold out at Belmont so quickly. Fremont Brewing is an awesome Pacific NW brewery, but I had never seen any of their other beers fly off the shelves so quickly. A juicy and tropical-filled beer; very smooth from the first sip. Two thumbs up from me. 4.5/5