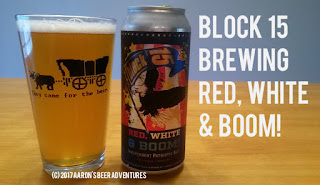 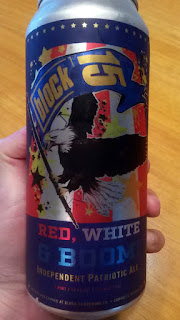 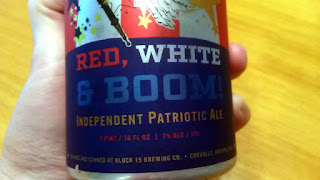 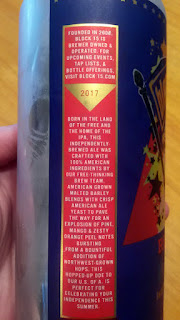 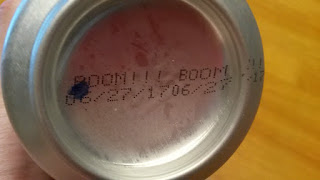 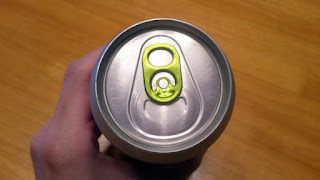 What's on the Can: "Born in the land of the free and the home of the IPA, this independently-brewed ale was crafted with 100% American ingredients by our free-thinking brew team. American grown malted barley blends with crisp American Ale yeast to pave the way for an explosion of pine, mango & zesty orange peel notes bursting from a bountiful addition of Northwest-grown hops. This hopped-up ode to our U.S. of A. is perfect for celebrating your independence this summer."

Where distributed: As of July 2017, Block 15 Brewing distributes to select markets in Oregon and Washington. Click to see where Block 15 distributes its beer!

Taste (40%): Smooth tropical mango, grapefruit, and pine throughout. More hoppy in the middle, yet controlled. Aftertaste of orange peel. 4.5/5

Overall (20%): An outstanding Double IPA. Being the patriotic panda that I am, I had to buy and enjoy this beer. I also had a glass on July 4, but frankly, I preferred the beer that I got out of the can than from the tap. I cannot remember having Red, White, and Boom last year, but I'm glad to have had it this year. The ratios of tropical/piney hops and complementing malt are wonderfully distributed. It's definitely on the pricier side, but it is a limited-time brew. Awesome label here, too. You'd have to wait until next year around late June to see this again. Another delicious IPA from Block 15 Brewing! 4.25/5