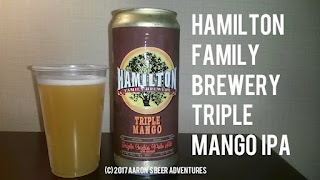 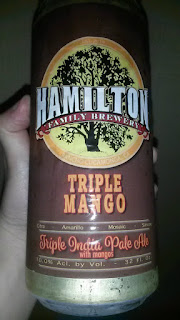 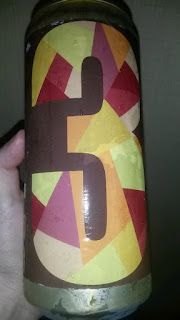 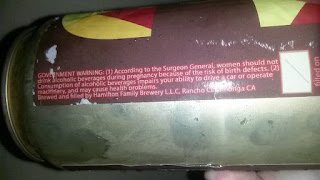 Where distributed: As of July 2017, Hamilton Family Brewery beers are only found in Southern California.

Taste (40%): Dank and hop forward to start; juicy mango through the aftertaste. Extremely drinkable and not too much octane here. You'll be able to appreciate the mango. 4.5/5

Mouthfeel (10%): Medium-bodied, good to significant carbonation. Some dryness on the tongue, but retains some juicy qualities. 4.25/5

Overall (20%): An excellent to outstanding Triple IPA. Hamilton's Triple Mango was a special treat that my friends at Main Event Pong nabbed for me when I came down for Vidcon 2017. Triple Mango had been released at Hamilton the previous week, and my buddies brought a fresh crowler to Anaheim. While the mango was spot on, it was the drinkability that sold me. This is certainly more a New England-style; it's not very hoppy or bitter, and the fruity tropical is allowed to shine. It's also worth noting that Hamilton makes their own craft root beer (so even the designated drivers and the kids have something to drink). We have a winner here, folks. 4.5/5