The Commons / Grains of Wrath Pay No Attention to This IPA 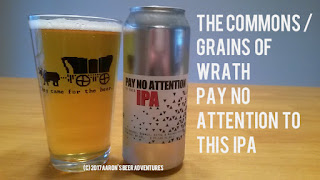 Beer Name: Pay No Attention to This IPA
Brewery: The Commons Brewery (Portland, OR) in collaboration with Grains of Wrath Brewing (Camas, WA)
ABV: 6.5%
How sold: 16 oz tallboy cans; on draft
Where bought: Imperial Bottle Shop & Taproom (Portland, OR)
Price: $4.50 for 16 oz tallboy 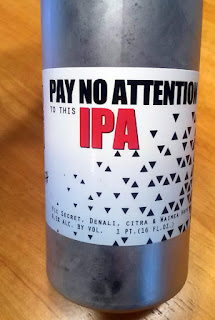 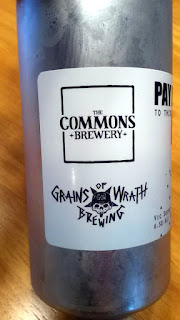 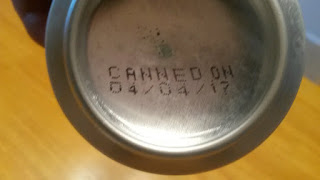 Where distributed: Unknown, likely distributed just in the Pacific NW markets. Grains of Wrath will be a new brewery located in Camas, Washington. Former Fat Head's brewer Mike Hunsaker will open Grains of Wrath around Summer 2017.

Mouthfeel (10%): Medium-bodied, some carbonation. Slightly dry on the tongue with some stickiness. 4.25/5

Overall (20%): An excellent to outstanding IPA. Grains of Wrath has produced another successful collaboration. I definitely look forward to GoW opening in Summer 2017. Again, the beer could be a bit on the pricey side, but comes through with awesome flavors and aromas. 4.5/5