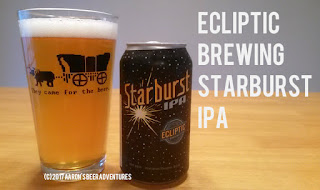 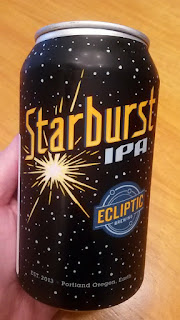 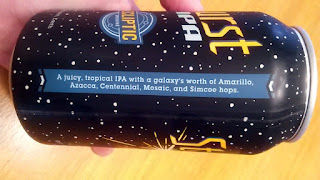 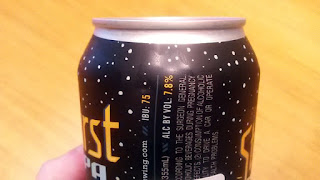 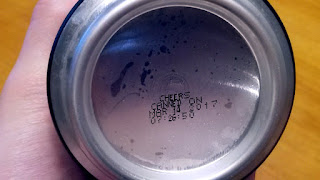 What's on the Can: "A juicy, tropical IPA with a galaxy's worth of Amarillo, Azacca, Centennial, Mosaic, and Simcoe hops."

Where distributed: Ecliptic Brewing distributes to select states. They have allowed Bruisin' Ales to ship Ecliptic's beer to virtually all U.S. states.

Taste (40%): Juicy tropical citrus and pine. Slightly malty in the middle of the experience. Aftertaste is mostly orange citrus. Delicious. 4.5/5

Overall (20%): An outstanding IPA. Ecliptic Brewing hit a home run with this one in my book; just the right amount of ABV and IBU, but remaining on the juicy side with awesome tropical. Since this is joining the year-round family of beers, you'll be able to get this anytime. As an added bonus, this seemed to pair well with the spicy turkey chili I had. Good deal at $2 for a 12 oz single. Definitely worth checking out. 4.5/5