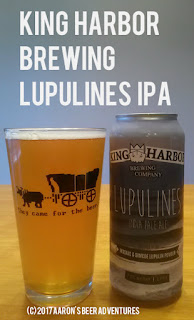 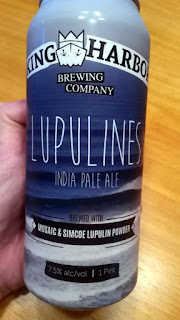 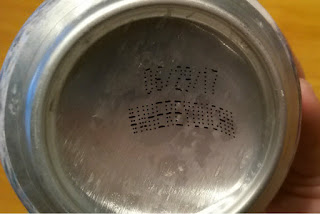 What's on the Website: "A bitter, moderately strong American pale ale that uses its clean, supporting malt to showcase its hop character."

Where distributed: As of September 2017, King Harbor distributes within California, namely Los Angeles, Orange County, and San Diego. See if King Harbor ships to your area!

Overall (20%): An excellent IPA. Longtime readers of this blog will know my mad respect for Sticky Hands, and the experience here was very similar. It drinks a bit easier than Sticky Hands, so I'm sure the ABV is much lower than its Corvallis counterpart. I got this in the summer, a perfect time to crush this. If you see it in California, give it a try. 4.25/5