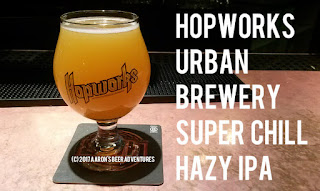 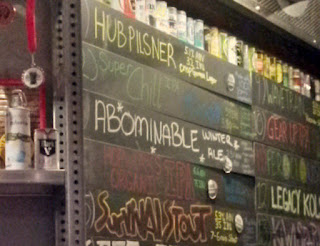 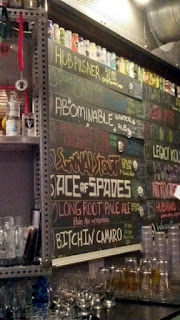 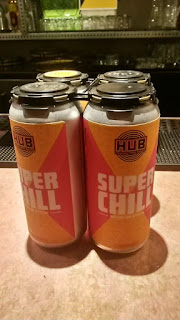 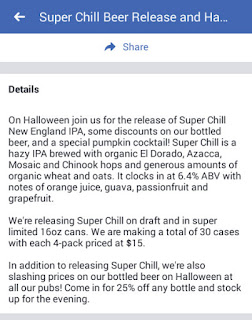 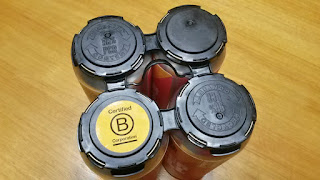 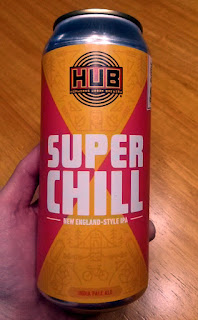 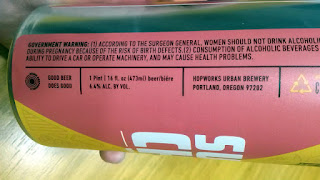 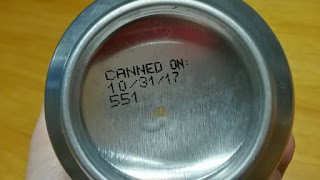 Commercial Description: "Super Chill is a hazy IPA brewed with organic El Dorado, Azacca, Mosaic and Chinook hops and generous amounts of organic wheat and oats. It clocks in a 6.4% ABV with notes of orange juice, guava, passionfruit and grapefruit."

Where distributed: Hopworks ships to three U.S. states (Washington, Oregon, and Idaho) and British Columbia. Some of Hopworks' beer also makes it to the Canadian province of Alberta. Click here!

Taste (40%): Follows nose. Some resiny or bitterness in middle of drinking experience. Aftertaste has burst of tangerine and other citrus. 4.5/5

Overall (20%): An excellent to outstanding IPA. HUB jumped into the hazy IPA game, and they scored a major hit with this tropical beauty. Very drinkable and I'm happy I scored a 4-pack; while all their locations had this on draft, there were only a limited supply of cans at their SE Powell location. 4.25/5