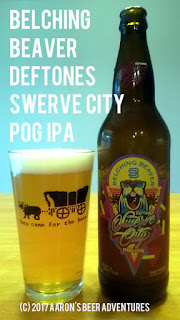 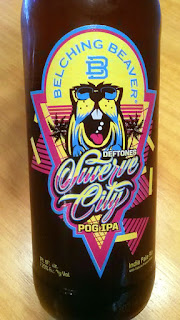 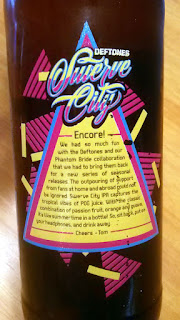 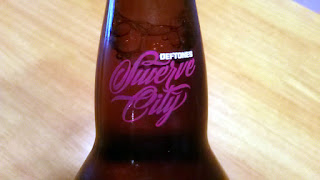 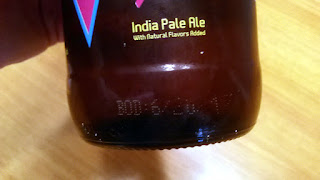 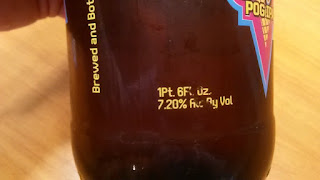 What's on the Bottle/Website: "Encore! We had so much fun with the Deftones and out Phantom Bride collaboration that we had to bring them back for a new series of seasonal releases. The outpouring of support from fans at home and abroad could not be ignored. Swerve City IPA captures the tropical vibes of POG juice. With the classic combination of passion fruit, orange and guava, it's like summertime in a bottle! So, sit back, put on your headphones, and drink away. Cheers - Tom" Read more here!


REVIEW:
Appearance (5%): Poured golden into a pint class. Unfiltered; sediment suspended in the beer. Frothy white head. Some lacing on the glass. 4.25/5

Taste (40%): Tropical-forward, pretty much POG in a nutshell. Very fruity. Easy drinking for its stated ABV. Maybe could have had a bit more flavor, but still good. 4.25/5

Overall (20%): An excellent IPA. Belching Beaver nailed this one on aroma and was spot on with respect to flavor. It drinks far easier than the 7.2% on the bottle and would be an ideal summertime beer (which is when I had this brew). It appears to be a seasonal release, but if it comes back on shelves, be sure to grab this one. 4.5/5