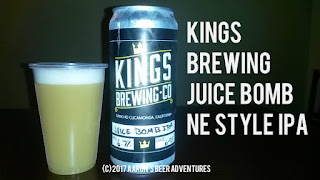 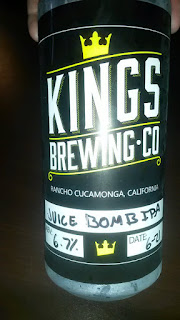 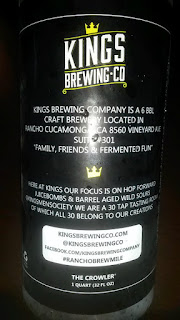 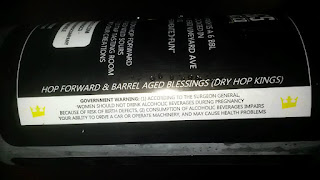 Where distributed: As of July 2017, Kings Brewing beers are only distributed in Southern California. Click here to see where outside of the brewery!

Mouthfeel (10%): Medium-bodied, some carbonation. Creamy and some juicy on the tongue. Slight dryness. 4.25/5

Overall (20%): An awesome IPA. Kings Brewing is to Rancho Cucamonga what Great Notion has provided for Portland, a brewery specializing in New England-style IPAs (and some other tasty brews). While I hope that Kings will one day distribute out of their region, it does give me another reason to keep visiting Southern California. 4/5