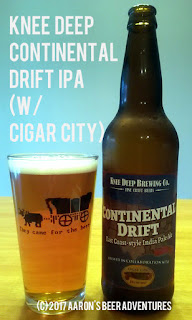 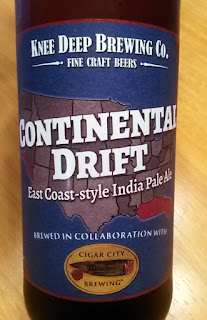 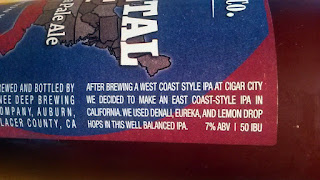 Taste (40%): Balanced tropical citrus, some pine and lemon notes. More citrus on the back end. Refreshing, not overwhelming in any way, just the right amount of flavor. Any bitterness is controlled wonderfully. A beer that I could enjoy all day. 4.75/5

Overall (20%): An outstanding IPA. I figured a beer with Knee Deep's and Cigar City's logos on the bottle would produce something worth getting, and damn, they delivered here. Again, Knee Deep really hit the sweet spot when making this East Coast-style IPA. They kept with the pleasing tropical, but it's a balanced attack unlike the more hop-forward West Coast-style IPAs. Very highly recommended, and I hope Knee Deep and Cigar City collaborate on more beers in the future. 4.75/5