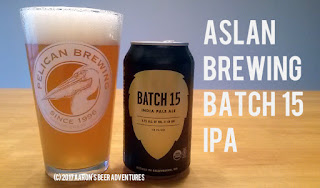 Awards: 1st Place, People's Choice Award at the YES, We Can! Festival. 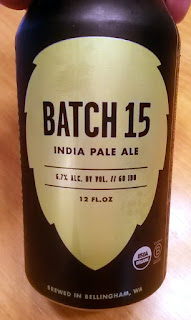 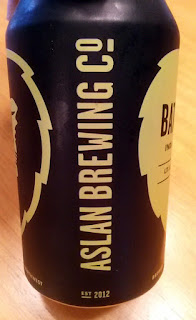 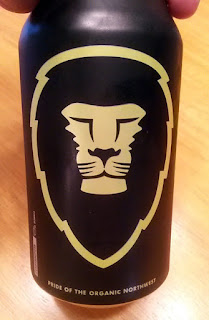 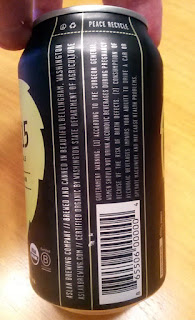 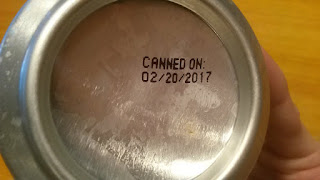 What's on the Website: "This hazy, juicy IPA is hopped heavily with Citra and Simcoe, then paired with choice American wheat and two-row barley. Intentionally unfiltered to spotlight the rawness of organic hops, this IPA is less bitter but more flavorful and balanced than most West Coast versions." Read more here!

Where distributed: As of May 2017, Aslan Brewing only distributes their beer in Washington state and Vancouver, British Columbia. See if Aslan Brewing ships to your area!

Taste (40%): Follows the nose in a refreshing, easy-drinking manner. Very clean. Again, would like a bit more flavor on this one, but certainly appropriate for summer. Drinks easier and less bitter than its stated 65 IBU. 4/5

Overall (20%): An awesome IPA. My first experience from Aslan Brewing is a positive one overall. It follows some of the New England-style qualities (i.e. hazy, juicy) and is not as bitter as a West Coast style would bring. I drank it a little over two months after canning; not sure if that made a difference. I drank it all, so they're definitely doing something right. 4/5