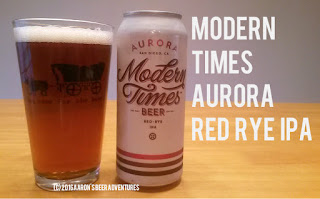 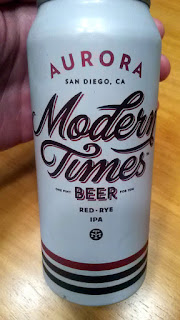 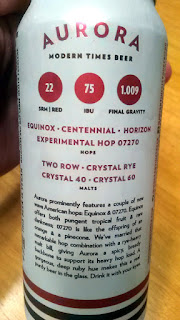 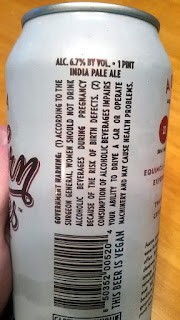 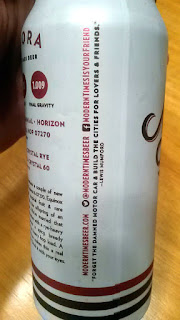 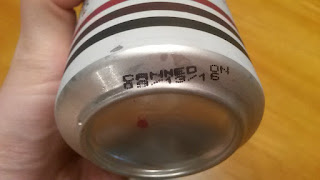 What's on the Can/Website: "Aurora is a 6.7% ABV red rye IPA loaded with Equinox, Centennial, Horizon, and Experimental Hop 07270. This pungent, complex IPA marries the spicy malt character of rye with the fruity dankness of new wave American hops. Aurora pours a gorgeous ruby red, making it the perfect IPA for Fall (if it ever comes to San Diego)." Read more here!


REVIEW:
Appearance (5%): Poured amber-colored into a pint glass. Held up to the light at eye level, it's more a dark golden. Frothy off-white to light tan head. Trace lacing on the glass. 4.5/5

Taste (40%): Immediate tropical and citrus from start to finish. Follows the nose. Citrus peel bitterness and rye then come in. Loving this. 4.5/5

Mouthfeel (10%): Medium-bodied, some carbonation. Sticky and slightly dry on the tongue. 4.25/5

Overall (20%): An outstanding IPA. I've become more and more a fan of Modern Times after trying many different beers from them. $3.49 may be pushing it for some people, but I'd pay for this again. I truly would pick just about any of their IPAs as a wonderful go-to option. If you're an IPA lover, Modern Times Beer is a must-have. 4.5/5