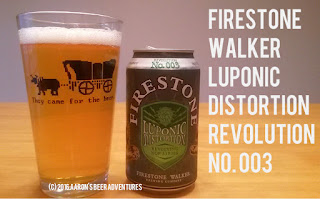 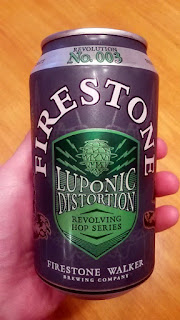 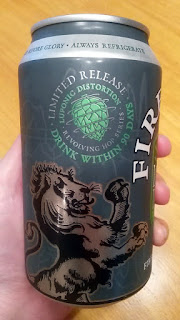 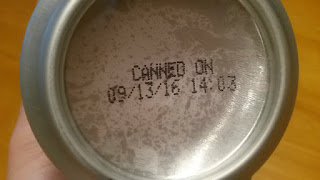 When brewed? Limited-time beer. Part of its Rotating Hop Series, an ever-evolving mix of experimental hops and will be remixed every 90 days. This is Revolution No. 003 (the third mix), available from September 2016 through November 2016. Learn more here!

What's on the Website: "The lead hip in Revolution 003 is a new German variety that Brewmaster Matt Brynildson first encountered in its experimental infancy while traveling through the Hallertau region during the hop harvest three years ago. 'I fell in love with it then, and I've been following its development ever since,' he says. 'It's just loaded with this juicy mandarin orange character that is so distinctively German, unlike anything you could grow here in the states.' Luponic Distortion Revolution 003 offers a mandarin orange and ripe peach character with ample supporting notes of citrus, stone fruit and pineapple. The overall profile is round and juicy, leaning heavily on ripe fruits with minimal dank or piney edges." Read more here!

Taste (40%): Follows the nose almost exactly. Flavor lasts all the way through the aftertaste. Great flavor here, considering it is 5.9%. Very enjoyable. I would love at least two of these during the game. 4.5/5

Overall (20%): An excellent IPA. In my book, right on par with the Revolution 001. While I was not as big a fan of the Revolution 002, Firestone bounced back strong in the fall with their third edition. Again, looking forward to seeing the next beer in the series! 4.5/5