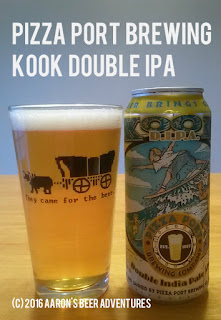 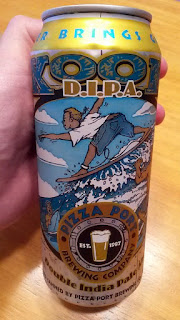 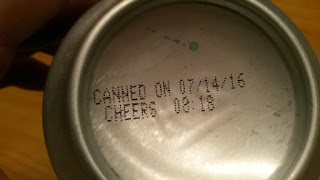 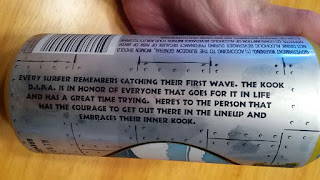 What's on the Can: "Every surfer remembers catching their first wave. The Kook D.I.P.A. is in honor of everyone that goes for it in life and has a great time trying. Here's to the person that has the courage to get out there in the lineup and embrace their inner Kook." See a comprehensive beer lineup here!

Where distributed: As of September 2016, Pizza Port distributes their beer likely just in California. See if Pizza Port ships to your area!

Smell (25%): A mix of slight dank, orange-citrus, and complementing malt. Very similar to Swami's IPA and again the ideal aroma I want. 4.75/5

Taste (40%): Hop-forward with some malt and dank, mostly orange-citrus with controlled bitterness. Juicy beer. More octane (obviously) than Swami's. Again, damn good; I could drink this for days. 4.5/5

Overall (20%): An outstanding IPA. Pizza Port was two for two on their IPAs as far as I'm concerned. I'll bump this one just below Swami's IPA mainly because it's more expensive to get this one ($4.49 for a single can) than Swami's ($2.99 per can). There's also a bit more octane in here so it's not as easy drinking as Swami's. This one is more orange-citrusy, packs great flavor, and just as welcome to the party in my book. Another must-try for West Coast IPA lovers. 4.5/5