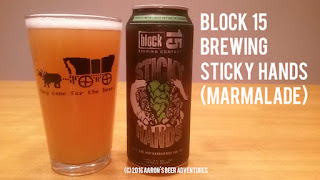 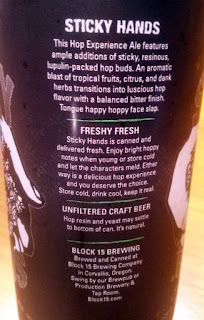 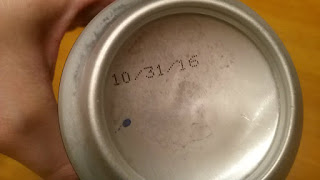 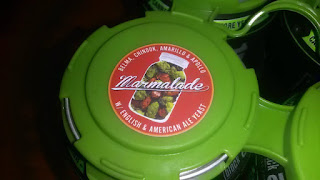 What's on the Website: "Sticky Hands, Marmalade features the same grist makeup and hop extract as our base version, but adapts the hopping routine with citrusy Belma, Chinook, and Amarillo varietals. Belma imparts bitter orange rind notes, while Amarillo and Chinook offer pungent contributions of tangerine and grapefruit peel. Fermentation with a blend of American and English ale yeast enables our brewers to hit our desired attenuation while producing peachy esters, a soft mouthfeel, and an alluring haze." Read more here!

Where distributed: As of November 2016, Block 15 Brewing only distributes to select places within Oregon. Click to see where Block 15 distributes its beer!

Taste (40%): Initially dank, malty, and slight alcoholic punch. Dankness stays and the grapefruit tropical comes in. This one is more about the dank and bitterness than prior versions. 4.25/5

Overall (20%): An excellent Double IPA. While I admittedly prefer the regular Sticky Hands and its Tropical Slam variant from earlier in 2016, Marmalade was still a very respectable beer that I would routinely have. It's the same price at around $13 for a 4-pack of tallboys. 4.25/5