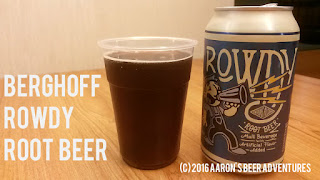 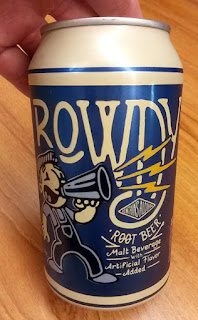 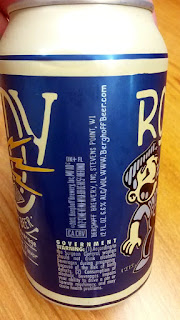 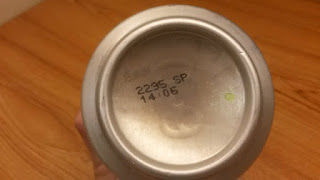 What's on the Website: "Creamy, smooth and malty, Rowdy Root Beer is crafted from a flavorless porter mixed with all natural sugar cane root beer mix to retain the unforgettable aroma of draft root beer. As you sip on the brew, you’ll notice familiarly smooth root flavors along with an additional alcoholic kick. The finish introduces after tones of the delicious malts the beer is carefully brewed with. We worked with Northwestern Extract to achieve the iconic root beer flavor, testing out 15 different prototypes before choosing the final recipe. Your favorite soda can finally give you a great buzz. It’s time to grab your blow horns and get rowdy!" Read more here!


REVIEW:
Appearance (5%): Pours dark brown into a cup. Temporary and fizzy light tan "head" before dissipating. Certainly reminds me of a root beer. 4.25/5

Overall (20%): A good hard root beer. With my love for this spiced beer / hard soda style, this was a no-brainer for me to get, as this brand is not available in the Pacific NW. As a bonus, Rowdy Root Beer is also decent with ice cream if you're thinking of making an adult float. While it's not smooth like Not Your Father's Root Beer, I think it's fine for what it is, and the flavor is quite good. 4/5