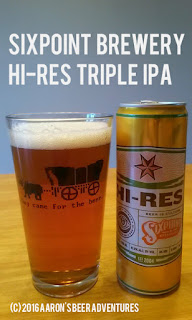 Where distributed: Sixpoint Brewery ships to several states. Check to see if Sixpoint ships to your area!

What's on the Can: "...Once our eyes were opened to the potential of the hop cone, we couldn't be stopped. With a laser focus, we magnified the hop factor, and pushed the boundaries of flavor, aroma, and perception itself to create HI-RES. It's Mad Science." 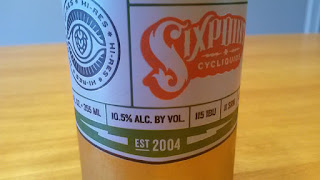 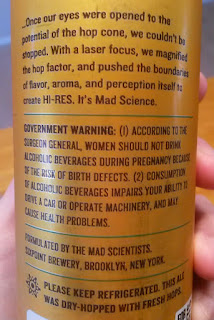 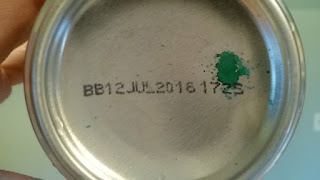 What's on the Website: "To see the hop cone up close, we zoomed in microscopic, and found a hi-res view. In Hi-Resolution, the hop optic was magnified; our perception, fully amplified. It's microscopic. It's telescopic. It's off topic. It's Mad Science." Read more here!

Smell (25%): Same as Resin: Malt-forward and tropical-hop aroma. Getting mostly pineapple and grapefruit. Slightly extra bonus points here since it's a higher ABV. 4.5/5

Taste (40%): Malty, dank, and slightly boozy qualities mix with hop-tropical citrus. Intense upfront, but mellows out fairly quickly. Aftertaste is mostly tropical. The hops come at you, but then go away so that you can take the next sip. Flavorful. 4.25/5

Overall (20%): An excellent Triple IPA. While Bengali and Global Warmer remain the go-to, everyday beers of the Sixpoint lineup, Hi-Res is an awesome choice if you want something much stronger. As far as the final rating is concerned, I'd place Hi-Res above Resin. Higher ABV and IBU, yet still drinks wonderfully. Hi-Res is a beer that you'd want to sip over an extended period. 4.25/5