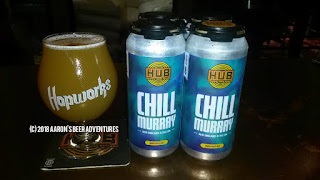 Date Canned: February 27, 2018
Date Drank: March 1, 2018 (on draft at the brewery)
When brewed? Limited-time beer. Released to the public on 3/1/2018 in cans and on draft. Part of their rotating Hazy IPA series that previously included Super Chill. Only 40 cases of Chill Murray were canned (otherwise put in kegs for draft).
IBU: 17 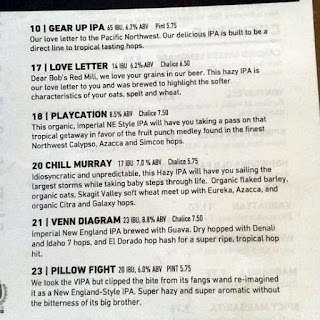 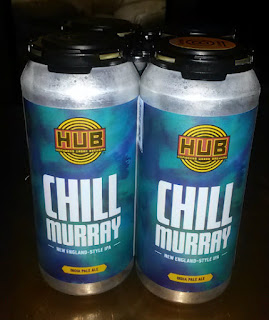 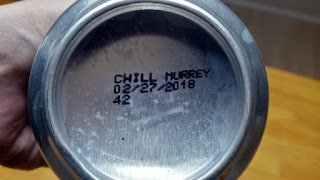 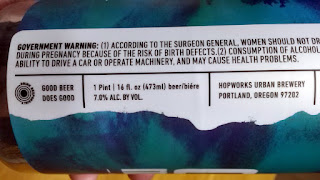 Where distributed: As of March 2018, Hopworks ships to six U.S. states (AK, CA, ID, OR, UT, and WA), Canada (BC and Alberta only), Japan, and The Netherlands. Click here!

Overall (20%): An awesome IPA. I thought Super Chill was a better beer than Chill Murray, as the oats here may have taken over a bit much for me. Still, the tropical came through, leading to a solid score. I look forward to the next beer in the series. 4/5