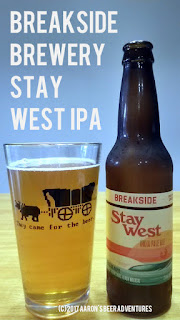 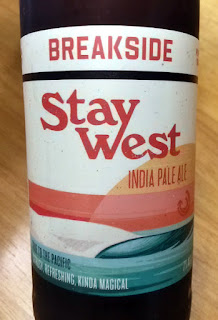 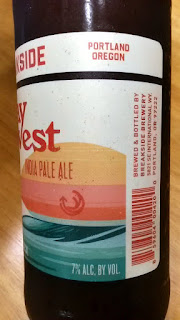 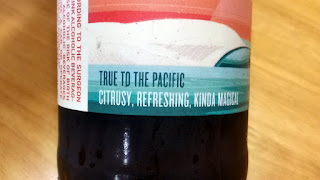 What's on the Bottle: "True to the pacific. Citrusy, refreshing, kinda magical."

Where Distributed: As of January 2018, Breakside distributes to 13 states and British Columbia. Find their beer here!

Taste (40%): Slightly resiny or malt-forward at the start, with no real discernible tropical flavor. Aftertaste finally brings grapefruit and other citrus peel notes. Fairly indifferent on the taste at the start, but the aftertaste was very good. 3.75/5

Overall (20%): A decent IPA. For me, Stay West was pedestrian against the other top-notch IPAs that I've had from Breakside. Any tropical flavors seemed delayed before finally coming out toward the aftertaste. 4/5