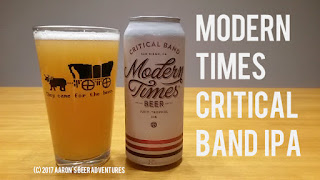 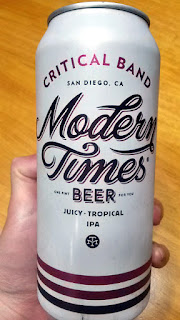 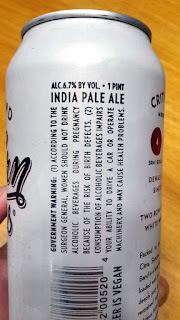 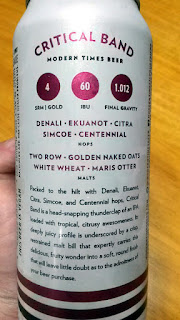 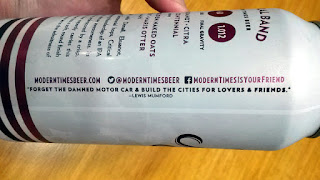 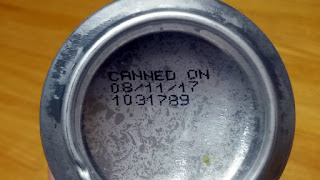 What's on the Can: "Packed to the hilt with Denali, Ekuanot, Citra, Simcoe, and Centennial hops, Critical Band is a head-snapping thunderclap of an IPA loaded with tropical, citrusy awesomeness. Its deeply juicy profile is underscored by a crisp, restrained malt bill that expertly carries this delicious, fruity wonder into a soft, round finish that will leave little doubt as to the adroitness of your beer purchase."

What's on the Website: "This deeply juicy stunner in the mold of City of the Sun and Booming Rollers will be replacing Aurora in the seasonal line-up next year. While our beloved red rye IPA will undoubtedly be missed, we think you’ll agree with our decision once you get a face-full of this outrageously tasty IPA. Brewed with Denali, Ekuanot, Citra, and Centennial hops, Critical Band is a blast wave of pineapple, papaya, and pink grapefruit over a crisp, restrained malt bill, before wrapping up in a soft, round finish that leaves you with warm feelings and an intense desire for another sip." Read more here!

Where distributed: As of September 2017, Modern Times distributes their beer to California, Hawaii, Oregon, and Washington. See if Modern Times ships to your area!

Taste (40%): Starts a diluted tropical with some malt and slight dank, then intensifies through the aftertaste. Aftertaste is all citrusy, with passion fruit, orange, and tangerine notes. Soothing throughout; citrus bitterness kept in check nicely. More flavor at the start would have netted a higher score. 4.25/5

Overall (20%): An excellent to outstanding IPA. As a fan of the New England-style IPA (putting it lightly), I definitely welcome Critical Band into the Modern Times seasonal IPA lineup. I did enjoy Aurora very much, and perhaps it will make a return. Meanwhile, I recommend that people try Critical Band. 4.5/5