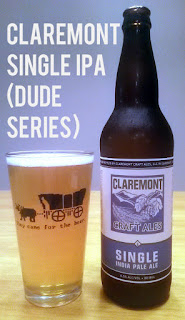 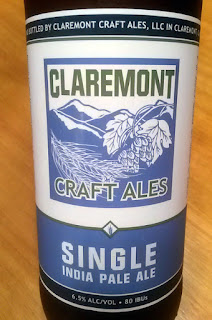 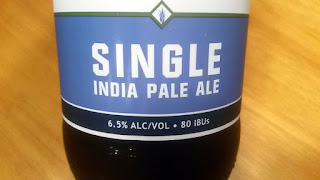 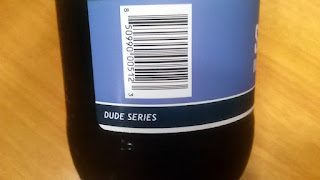 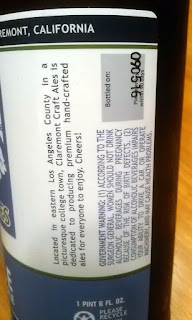 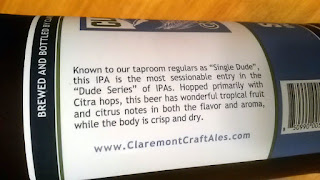 What's on the Bottle: "Known to our taproom regulars as 'Single Dude', this IPA is the most sessionable entry in the 'Dude Series' of IPAs. Hopped primarily with Citra hops, this beer has wonderful tropical fruit and citrus notes in both the flavor and aroma, while the body is crisp and dry."

What's on the Website: "The newest addition to our 'Dude Series' of IPAs, this beer provides a more sessionable alternative to our Double IPA or Triple IPA, while maintaining the same focus on malt simplicity and huge hop aromas. The hopping profile highlights the Citra hop, resulting in tropical fruit and citrus aromas." Read more here!

Taste (40%): Refreshing tropical fruit and citrus. Yet, this was a more abrupt finish on the aftertaste than I would have liked. At least some citrus bitterness lingers. 3.75/5

Overall (20%): A very good IPA. A decent price at about $7 per bomber. It's accurate on advertising, as I found this more of a session IPA with excellent tropical. If this one had more strength and a bit more flavor, I'd probably be giving it higher marks. I'm actually now looking forward to trying the two Double IPAs I saved for last in this Claremont beer run. 3.75/5