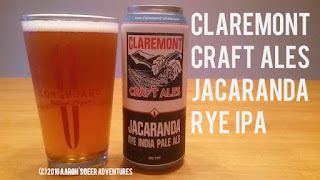 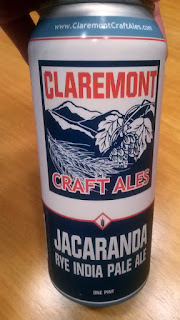 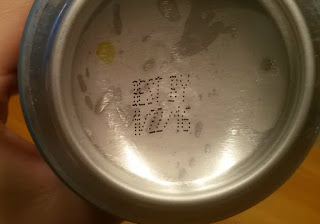 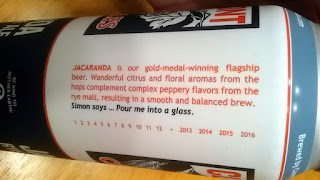 What's on the Can: "JACARANDA is our gold-medal-winning flagship beer. Wonderful citrus and floral aromas from the hops complement complex peppery flavors from the rye malt, resulting in a smooth and balanced brew."

What's on the Website: "Jacaranda is the flagship beer of Claremont Craft Ales. This wonderfully balanced beer appeals to drinkers of all stripes thanks to the complex malt character of the rye. The copious amounts of Centennial hops balance perfectly with the spiciness and pepperiness of the rye malt." Read more here!

Taste (40%): A combination of tropical, berry, floral, and rye/peppery flavors. Aftertaste gets a bit more citrusy, which was a plus. Fairly solid and balanced overall. 3.75/5

Overall (20%): A solid IPA. Claremont proclaims this as their flagship IPA. While I thought it was decent (especially for a rye IPA), I've had a handful of beers that I would honestly grab before getting this one again. Nothing bad, it's more the preference I have these days for having the tropical stand out in the IPA and the other components play the strong supporting role. At four bucks for a tallboy, it's on the pricey side. 3.75/5