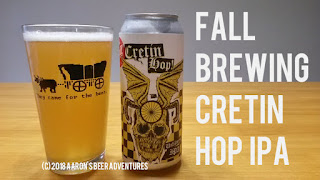 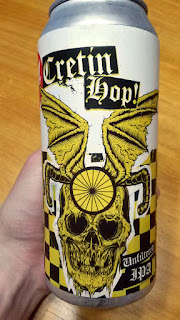 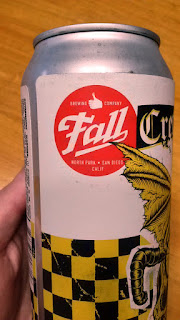 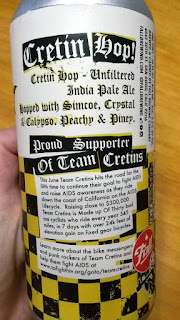 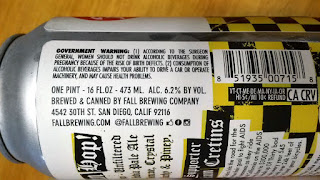 What's on the Can: "Hopped with Simcoe, Crystal & Calypso. Preachy and piney. Proud supporter of Team Cretins. This June (2018) Team Cretins hits the road for the fifth time to continue their goal to fight AIDS and raise AIDS awareness as they ride down the coast of California on the AIDS Lifecycle. Raising close to $300,000 Team Cretins is made up of thirty bad ass cyclists who ride every year 545 miles, in 7 days with over 24k feet of elevation gain on fixed gear bicycles." Read more here!


REVIEW:
Appearance (5%): Poured hazy golden orange into a pint glass. Unfiltered. White head. Some lacing at the top of the glass. 4.25/5

Taste (40%): Soft tropical at the start, which tends to dissipate or water down in the middle. Second wave of citrus and malt on the aftertaste. Tropical and juicy. 3.75/5

Overall (20%): An awesome IPA. A notch up from Radio Silence, and the added juiciness here (and not having as much octane on the tongue) made it a hit with me. Once again, great job on can design. The wallet did not like me, though. 3.75/5