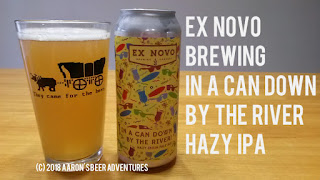 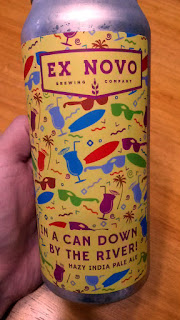 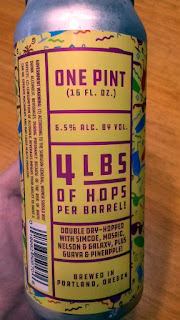 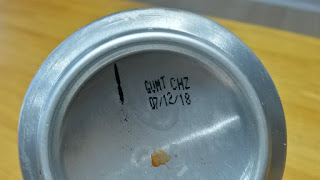 What's on the Can: "4 lbs of hops per barrel! Double dry-hopped with Simcoe, Mosaic, Nelson & Galaxy, plus Guava and Pineapple!"

Mouthfeel (10%): Medium-bodied, some carbonation. Mostly juicy with some dry tongue. 4.25/5

Overall (20%): An awesome IPA. On the first few sips, I was sure that this was almost too one-dimensional a beer with the guava overtaking a lot of the flavor and aroma. As it warmed up slightly, I got more of the POG-like flavors, a plus with me. To me, controlling the guava can be an issue, and this is another likely example of that. 4/5