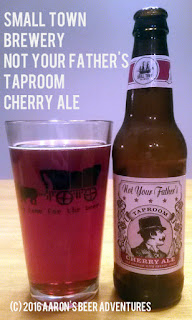 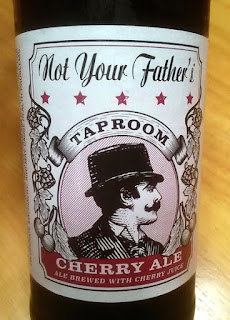 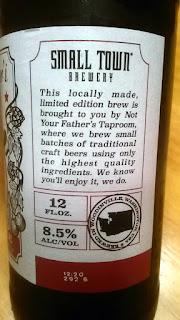 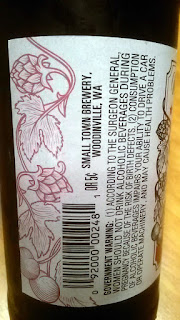 What's on the Website/Bottle: "This locally made, limited-edition brew is brought to you by Not Your Father's Taproom, where we brew small batches of traditional craft beers using only the highest quality ingredients. We you'll enjoy it, we do." Read more here!

Taste (40%): Cherry experience from start to finish. The flavors stay otherwise subdued and it never gets overwhelmingly tart or sour. The tartness is unmistakably there, though. Again, it's fine for what it is. 3.5/5

Overall (20%): A good ale. I again fully admit that a tart or sour fruit beer is usually not my cup of tea, but I wanted to try this anyway for science. People who are fans of the aforementioned tart/sour fruit beers should enjoy this, especially if a fan of cherry flavors. I'm largely indifferent to such ales, but again drank the entire bottle. Nice to see Small Town Brewery branch out from the craft hard sodas and into craft beers. 3.75/5