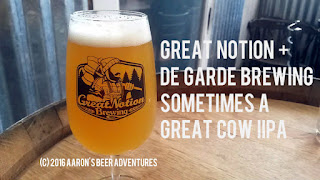 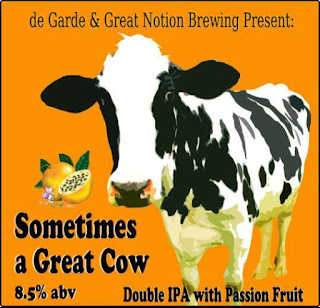 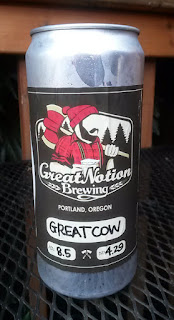 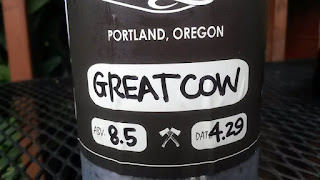 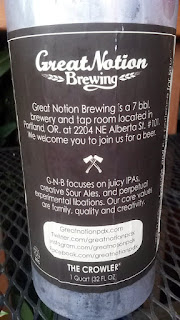 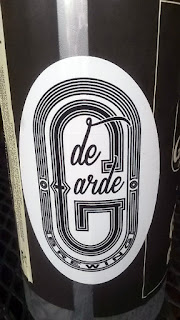 Where distributed: Great Notion Brewing does not can or bottle its beer (aside from its 32 oz. crowlers) and is only found in Oregon as of April 2016. Check their website for more! 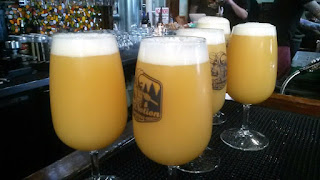 Taste (40%): Some malt/hops and noticeable dankness, with overall explosions of juicy passion fruit. A kickass beer. 4.5/5

Overall (20%): An outstanding Double IPA. I'm sure there are people out there who may consider this world-class, but Great Notion set the bar ridiculously high with their regular IPA lineup, so please forgive me. GNB immediately made its mark on the Portland beer scene by bringing a juicy tropical New England-style IPA to an area that has been dominated by the bitter West Coast and NW-style IPAs.

To say this collaboration was a success would be an understatement. Tickets for crowlers were initially set to go on sale at 11 AM, but then became a ticketed event. One hundred tickets were handed out (and then sold out) before 10 AM. While the craze may not have (yet) hit Russian River Pliny the Younger levels, it certainly felt that way. I can only hope that we will see an encore release of Sometimes a Great Cow, but considering it's about impossible for Great Notion to keep up with demand for their current IPAs, we may have to wait a while. 4.5/5