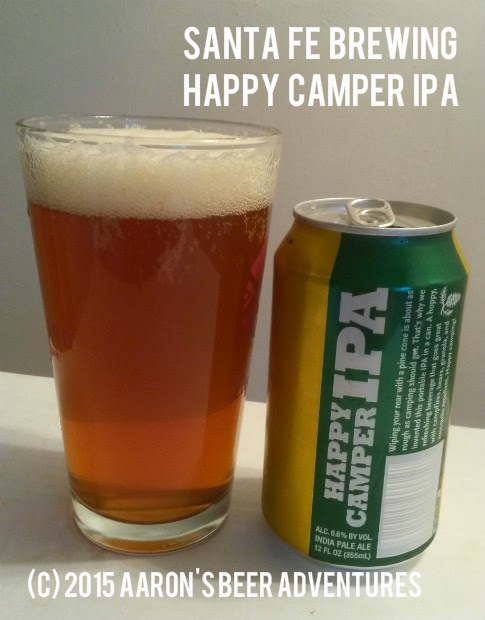 ****Note: Santa Fe Brewing sent a special shipment of their Happy Camper IPA to Portland for the 2015 Craft Beer Conference. Santa Fe Brewing otherwise does NOT ship to Oregon or Washington.

What's on the Bottle: "Wiping your rear with a pine cone is about as rough as camping should get. That's why we invented this portable IPA in a can. A hoppy, refreshing beverage that goes great with campfires, bears, granola, and mosquito repellent. Happy camping!" 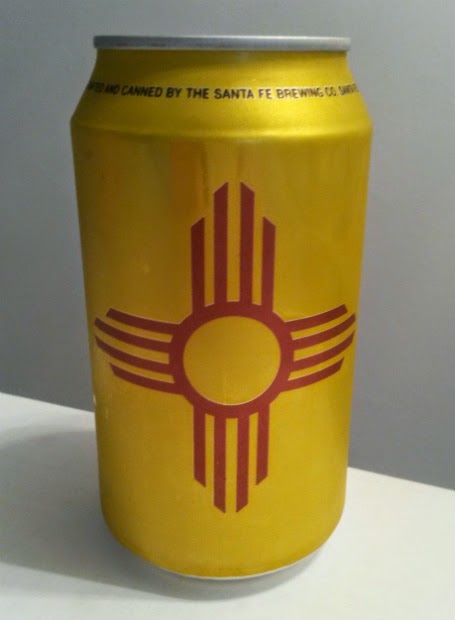 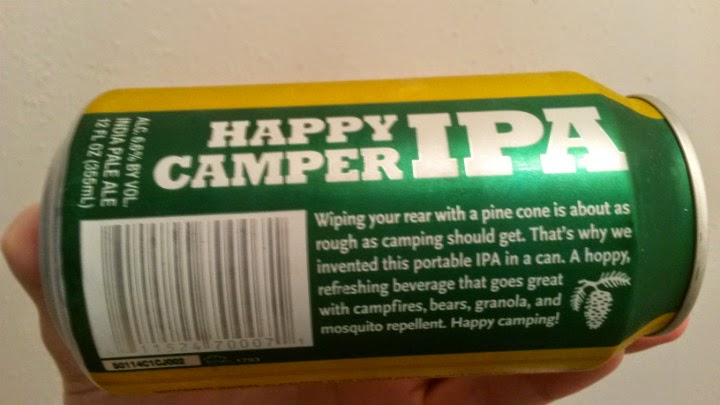 What's on the Website: "A classic beer for those beer lovers who love their hops, Happy Camper IPA will take the Pepsi challenge (or IPA challenge, as we say in New Mexico) against any other pretenders to the throne. Was it divine providence that made this beer the king of the IPA world? Was it a tireless pursuit of glory? No, this IPA has a top-secret recipe to thank for its success, and this meticulously formulated combination of several different hops combined with a very specific brewing process give Happy Camper IPA a spicy, citric, and floral infusion of hop character, which is masterfully counterbalanced with the full-bodied maltiness characteristic of the Santa Fe Brewing Company's distinctive beers."


REVIEW:
Appearance (5%): Poured a slightly hazy orange-copper color into a pint glass. Several centimeters of frothy head upon pouring. Lots of lacing left inside the glass. 4.75/5

Taste (40%): Lovely balance of malts, hops, floral notes, and pine. Detecting some alcohol from the second or third sip, but it's still easy to drink. A refreshing experience overall. Aftertaste is malty and floral. Still a good IPA. 4/5

Overall (20%): A solid IPA. While I did visit Santa Fe last fall, I unfortunately did not go to Santa Fe Brewing. And yes, I saw their beers in several New Mexico supermarkets. Luckily for me, I got a second shot to try their beers. Admittedly, this is not at the very top of my list of go-to beers; I've had other beers with a higher ABV that drink much easier. I also prefer fruitier IPAs over the floral ones. But Happy Camper IPA is still a good beer that I would gladly take if someone gave it to me. 3.75/5