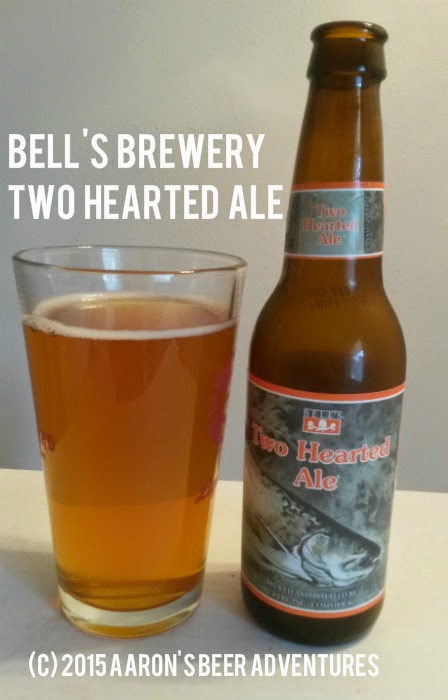 ****Note: Bell's Brewery sent a special shipment of their Two Hearted Ale to Portland for the 2015 Craft Beer Conference. Bell's otherwise does NOT ship to Oregon or Washington. 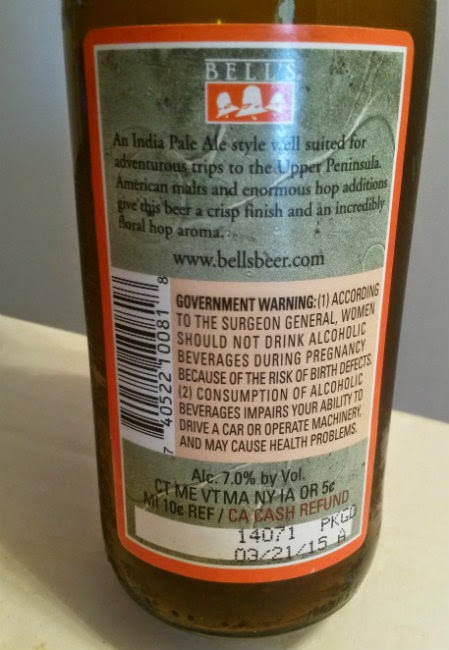 What's on the Bottle: "An India Pale Ale style well suited for adventurous trips to the Upper Peninsula. American malts and enormous hop additions give this beer a crisp finish and an incredibly floral hop aroma."

Where distributed: Bell's Brewery ships to approximately 21 states and the District of Columbia. On the West Coast, it can only be found in Southern California and Arizona. See if Bell's ships to your area!


REVIEW:
Appearance (5%): Poured a clear golden color into a pint glass. Good carbonation with very little head. Some lacing left throughout on the glass. Looks amazing. 4.75/5

Taste (40%): Amazing balance of floral, citrus, and hops. Every component is a co-star and works in harmony with one another. It is crisp and drinks so damn smooth for 7%. Not much of an aftertaste because it goes down so well. I want to keep drinking the entire 6-pack. This is one superior IPA. 5/5

Mouthfeel (10%): It has a medium-malty body of an IPA, but drinks incredibly well. Some carbonation. The slightest bitterness remains on the tongue, and a pleasant one at that. 5/5

Overall (20%): World-class IPA. Maybe I was just thirsty, but this is a perfect beer for summer. When Belmont Station announced via Twitter that they were getting shipments of Two Hearted Ale, the local beer geeks went apenuts. Even when limiting it to one 6-pack per person, the first shipment (on April 10) was gone within a few hours, and others would need to wait until the following Tuesday (April 14). Two Hearted Ale ranks up there with some of the best single IPAs I've had. Of course, it probably helps that I will not be able to otherwise get this beer in the Pacific NW, but I do plan on heading to Michigan in the future. This is one beer I will track down again. 5/5