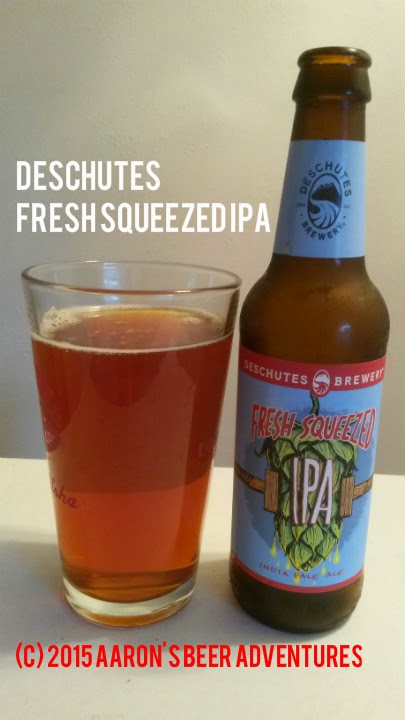 What's on the Bottle: "This mouthwateringly delicious IPA gets its flavor from a heavy helping of Citra and Mosaic hops. Don't worry, no fruit was harmed in the making of this beer."

Where distributed: Deschutes Brewing ships to most U.S. states from Hawaii to the Central United States. Deschutes also ships to two Canadian provinces (B.C. and Alberta). Find their beer!


REVIEW:
Appearance (5%): Poured a mostly clear dark orange-copper into a pint glass. Some carbonation. Tiny remnants of head and bubbles on the top. No lacing left on the glass. 4/5

Overall (20%): Great IPA. This was one that I had been wanting to try for about 2-3 weeks, but (smartly) decided to clear the fridge of other beers before moving to this one. Totally worth getting a 6-pack of and drinking maybe one per day. The malty-bitter nature may at times prevent me from having another, but I can get behind this on most days. This can be an excellent pairing with seafood or refreshing-acidic dishes. 4.25/5