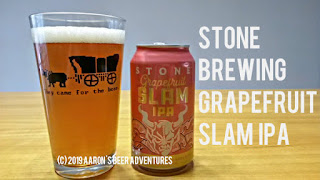 When brewed? Possibly a limited-time beer. Debuted in 2014. A Google search confirms a Stochasticity Project Grapefruit Slam version in February 2014, along with Stone Brewing website's mention of a draft-only beer in Fall 2014. Grapefruit Slam came back for another cameo in January 2019. 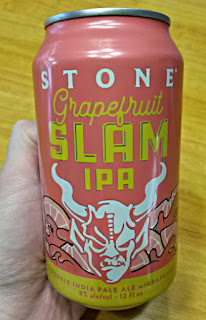 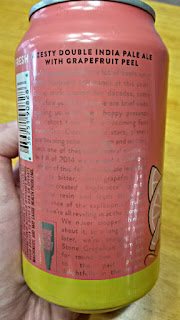 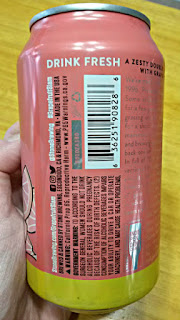 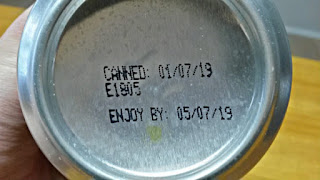 What's on the Can/Website: "We've made a hell of a lot beers since 1996. Probably thousands at this point. Some stick around for decades, some for a few years, and some are brief visits, gracing us with their hoppy presence for a short time before becoming fond memories. Occasionally stars, planets, and brewing schedules align and we bring back one of  these ephemeral creations. In fall of 2014 we created a draft-only version of this delicious double India Pale Ale. Its bitter, zesty grapefruit peel infusion created a bright accent to flavors of pine, resin, and fresh citrus well in advance of the explosion of fruit beers we're all reveling in at the moment. We never stopped thinking about it, so a long five years later, we're bringing back Stone Grapefruit Slam IPA for round two. It's a link to the past panted delightfully in the present." Read more here!

Where distributed: Stone Brewing shipped the 2019 version of this beer nationwide (within the United States).

Overall (20%): An excellent to outstanding Double IPA. If you're a grapefruit or grapefruit peel fan, this should be on your list of IPAs to try. Similar qualities to other grapefruit IPAs that I've had, including Citrus Mistress and Grapefruit Sculpin. The Grapefruit Slam IPA leaves my tongue dry but the flavor is worth it. 4.5/5