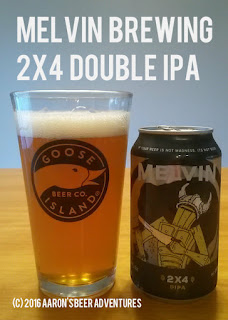 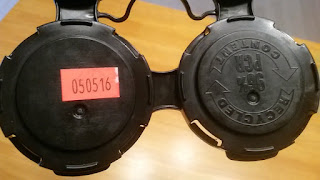 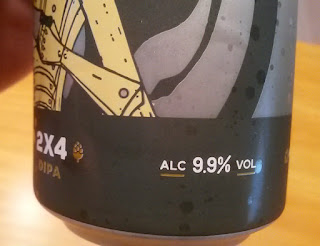 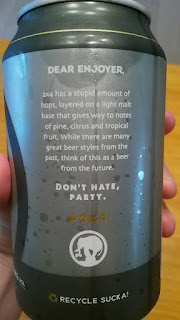 What's on the Can: "Dear Enjoyer, 2X4 has a stupid amount of hops, layered on a light malt base that gives way to notes of pine, citrus and tropical fruit. While there are many great beer styles from the past, think of this as a beer from the future. DON'T HATE, PARTY."

What's on the Website: "Dear (insert your name here), This is the best damn DIPA in the world. So if you were even considering sulking today, think again. Our 2x4 Double IPA is the Gold Winner of numerous note-worthy awards, including the Alpha King Championship; two years in a row and counting. You'd be crazy not to drink this. So close your eyes, open up, and experience the mad floral, citrusy, and clean taste of hop talent. If you don't love it, no......you will." Read more here!

Taste (40%): Hop and dank-forward, with that lovely tropical, pine, and malt flavors swooping in right after. You'll get some octane but not too overwhelming. Yes, that octane sneaks up on you eventually. Lots of flavor from start to finish as the citrus bitterness lingers in a good way. 4.75/5

Mouthfeel (10%): Medium-full bodied with sticky mouthfeel to retain all the dank and bitter citrus qualities of this Double IPA. Slight carbonation. 4.75/5

Overall (20%): A world-class Double IPA. Confirms the amazing ratings from RateBeer (99) and Beer Advocate (96). I'm personally finding no real eloquent way to say it, so I'll just say this is a kickass beer. I've previously had the 2x4 a couple times on draft at events in Portland, and it's awesome to discover I can now get this whenever I want in cans. I've loved every single beer I've had from them so far, so it's no surprise that I would be a huge fanboy of this one. Another home run from Melvin here. 4.75/5