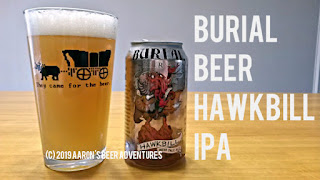 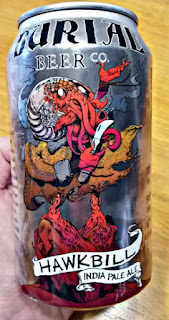 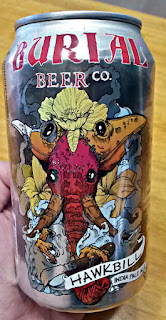 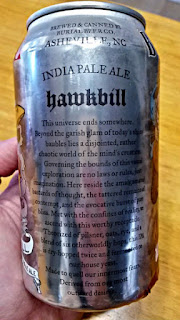 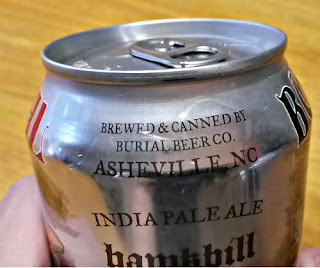 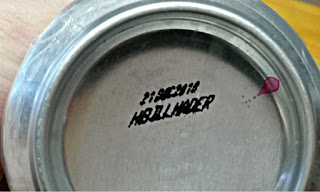 What's on the Can/Website: "This universe ends somewhere. Beyond the garnish glam of today's shiny baubles, lies a disjointed, rather chaotic world of the mind's creation. Governing the bounds of this visual exploration are no laws or rules, just imagination. Here reside the amalgamated bastards of thought, the tattered remains of contempt and the evocative burst of pure bliss. Met with the confines of reality, we ascend with this worthy receptacle. Theorized of Pilsner, oats, rye, and a blend of six otherworldly hops, this IPA is dry-hopped twice and fermented on our house yeast. Made to quell our innermost fears. Derived from our most outward desires." Read more here!

Where distributed: Burial Beer is generally found on the East Coast. States include North Carolina, Georgia, and New York. Click here for the Beer Finder!


REVIEW:
Appearance (5%): Poured hazy light-orange peach into a pint glass. Unfiltered; lots of sediment at the bottom of the can. Frothy white head, good lacing. 4.75/5

Overall (20%): An outstanding IPA. I guess I need to take a trip to North Carolina in the near future, especially to Asheville. I had several amazing IPAs from North Carolina before, but this one is the first New England-style that I've had from the state. As expected, lots of tropical and mega refreshing. It might say 55 IBU, but probably drinks more like similar beers in the 25-30 IBU range. 4.5/5