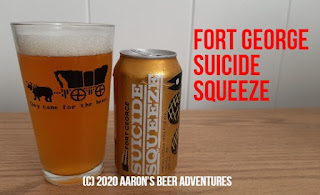 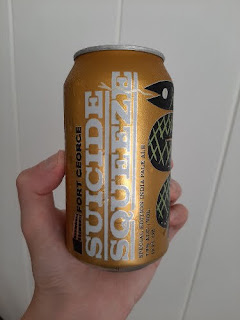 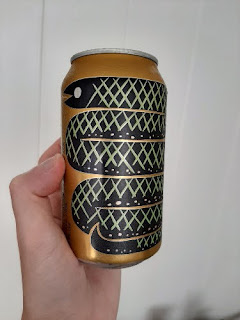 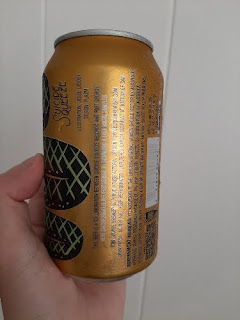 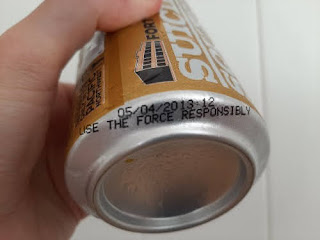 What's on the Website: "In 2014 we released an entirely different IPA, a session with a similar name. Collaborating once again with Seattle's Suicide Squeeze Records, the brewery has remastered the recipe in a big, big way. Artfully mixed like a 7" vinyl, Suicide Squeeze pops with Mosaic, Amarillo, and Citra hops. The can artwork is by Seattle-based artist Jesse LeDoux, who won a Grammy for an album cover design for The Shins' 'Chutes to Narrow.' Suicide Squeeze cans are color changing - the snake is green when cold, fading to gold as it warms while the red snake accents and building logo fades to gold as well."

Taste (40%): More of a malty citrus-stone fruit experience from start to finish. Hibiscus complements and doesn't overwhelm, but it's definitely there. Citrus continues into the aftertaste. Has the bitter-tart vibe going here. 4.5/5

Overall (20%): An outstanding IPA. Perhaps I overthought it the last time I had this, since I did not try their 2014 session brew. This is a solid, straightforward West Coast-style IPA, yet not too in-your-face with the hops. Tasty and well-made. 4.5/5