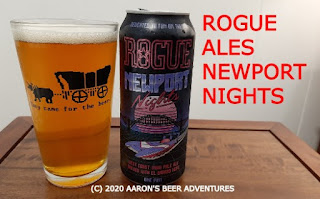 How sold: 16 oz tallboy cans, on draft
Where bought: Unknown

Price: Unknown, gift from a friend. 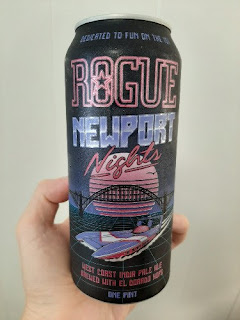 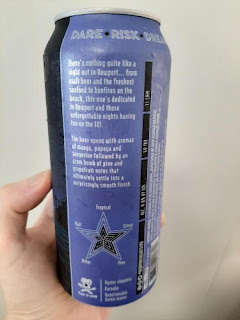 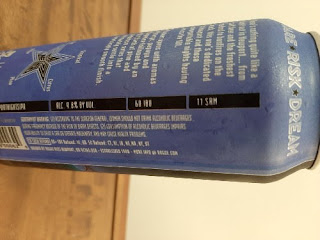 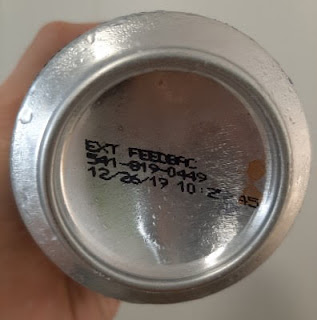 What's on the Can/Website: "There's nothing quite like a night out in Newport...from craft beer and the freshest seafood to bonfires on the beach, this one's dedicated to Newport and those unforgettable nights having fun on the 101. Newport Nights opens with aromas of mango, papaya, and tangerine, followed by an atom bomb of pine and grapefruit, ultimately delivering a monstrous hop punch that is surprisingly smooth."

Where distributed: Rogue distributes their beer to several states. See if Rogue ships to your area!


REVIEW:
Appearance (5%): Initially pours clear golden into a pint glass. Turns hazy because sediment was at the bottom of the can. Frothy white head, trace lacing. 4.5/5

Taste (40%): Follows the nose. Slight hint of octane at the start, but quickly gives way to malt, dank pine, and grapefruit. More cirtus, mainly grapefruit, on the aftertaste. 4.5/5