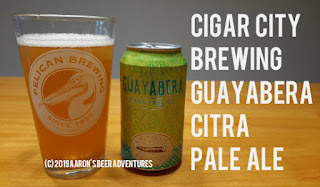 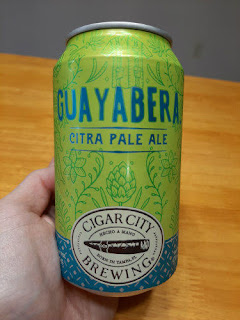 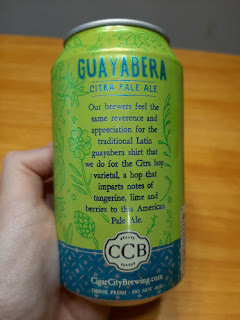 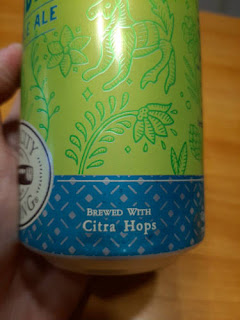 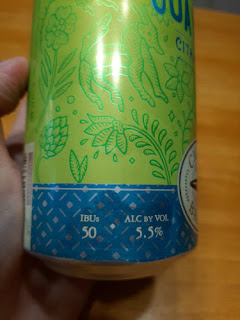 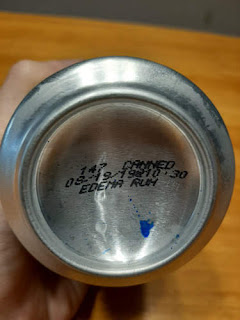 What's on the Can: "Our brewers feel the same reverence and appreciation for the traditional Latin guayabera that we do for the Citra hop varietal, an ingredient that imparts notes of tangerine, lime, and berries to this American Pale Ale."

What's on the Website: "Traditional throughout Latin America, the guayabera shirt combines style, functionality, form, and tradition in its four-pocketed design. We at Cigar City Brewing feel the same reverence and appreciation for the guayabera that we do for the Citra hop varietal, an ingredient that imparts notes of tangerine, lime, and berries to this traditional American Pale Ale. The exclusive use of Citra hops in this beer creates a flavor that's at once unique and recognizable, while its dry, crisp character and moderate alcohol make it as refreshing and functional as a crisp linen guayabera."

Taste (40%): Crisp light citrus from start to finish. Mostly faint citrus tangerine/lime and berry, although it slightly increases in flavor towards the aftertaste. Very refreshing. 3.75/5

Overall (20%): A decent Pale Ale. It's very refreshing, but has too little flavor to leave a lasting impression in my eye. Guayabera would be a lovely session brew on a humid day. 3.75/5