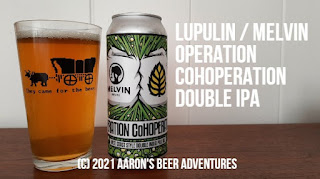 How sold: 16 oz tallboy cans; on draft
Where bought: Unknown
Price: Unknown, gift from a friend 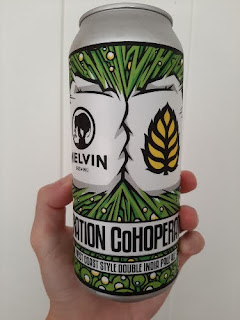 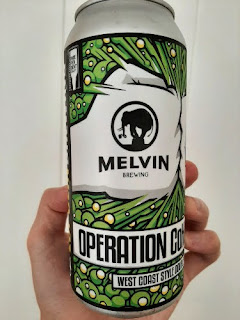 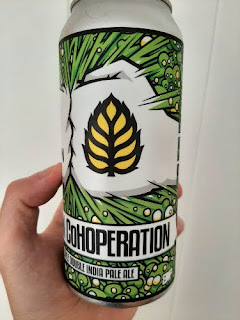 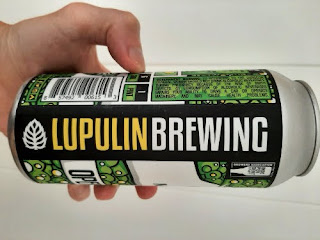 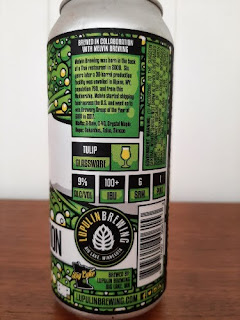 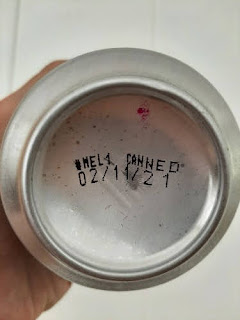 Commercial Description: "This West Coast Double IPA is big and bold with a fruity kick. A clean canvas malt bill supports the bodacious amounts of Simcoe and Columbus serving up their grapefruit and dank aromas. Then we bumped it up a notch with Talus to add citrus, woody, and floral notes.
Melvin Brewing was born in the back of a Thai restaurant in 2009. Six years later, a 30-barrel production facility was unveiled in Alpine, WY, population 750, and from this Mothership, Melvin started shipping beer across the U.S. and went on to win Brewery Group of the Year and GABF in 2017."
Hops: Columbus, Talus, Simcoe.
Malts: 2-Row, C-40, Crystal Maple.
Where distributed: Lupulin Brewing normally just limits distribution to Minnesota and Michigan, but probably made an exception here because of the collaboration with Melvin. Melvin Brewing currently distributes to select states, which include Wyoming, California, Oregon, Washington, Massachusetts, and New York.

Taste (40%): Balanced malt, hop grapefruit, and dank throughout. Floral more noticeable maybe a few seconds in, then a burst of grapefruit citrus peel towards the aftertaste. It may say 9% ABV and 100+ IBUs but drinks way easier than that. Very dangerous, in a good way. 4.75/5

Overall (20%): An outstanding IPA. Lovely first experience with Lupulin Brewing, and they paired with a fine brewery on this one. I especially liked that each flavor profile had its own time to shine (part floral, part citrus), while remaining a balanced. cohesive beverage. 4.5/5